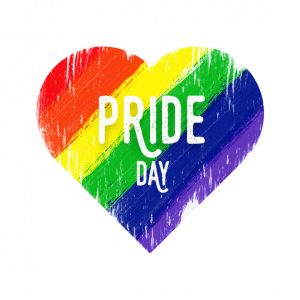 In an interview with James Baldwin, originally published on June 26, 1984, and posted on June 22, 2018, the famed author envisions a time when it is unnecessary to label people based on their sexuality. Baldwin made it clear that he did not accept labels, and when asked what advice he would give to a gay man considering “coming out,” he answered:

Best advice I ever got was an old friend (sic) mine, a black friend, who said you have to go the way your blood beats. If you don’t live the only life you have, you won’t live some other life, you won’t live any life at all. That’s the only advice you can give anybody. And it’s not advice, it’s an observation.

On Pride Day, June 28, the Urban League of Greater Atlanta salutes everyone who goes the way their “blood beats.” Who accepts themselves as they are and works to ensure everyone has the same right to be themselves without fear of harm because of race, sexuality, gender, or any other attributes.

We salute the activists whose steadfast efforts since the first Pride Day in 1979 have resulted in legislation, mass media messaging, election of LGBTQ officials, and educational and community reforms for those who embrace the label – until labels are no longer necessary, as Baldwin foreshadowed.

But there is much work to be done, as we see a growing number of violent attacks, particularly against Black transexuals, and state-level efforts to roll back rights won by LGBTQ activists and their allies nationally. Local officials and courts are considering more “bathroom bills,” measures to restrict participation in high school sports, and demands from businesses to deny services, for example.

During Pride Month, on Pride Day, and EVERY DAY, the League offers our partnership to promote justice and changes in society that will ensure acceptance, protections, and equal treatment under the law for LGBTQ people everywhere. And we offer our economic, social justice, health and equity advocacy programs, services, support and resources to the LGBTQ community every day as well, as we work tirelessly to “Empower Communities and Change Lives.”