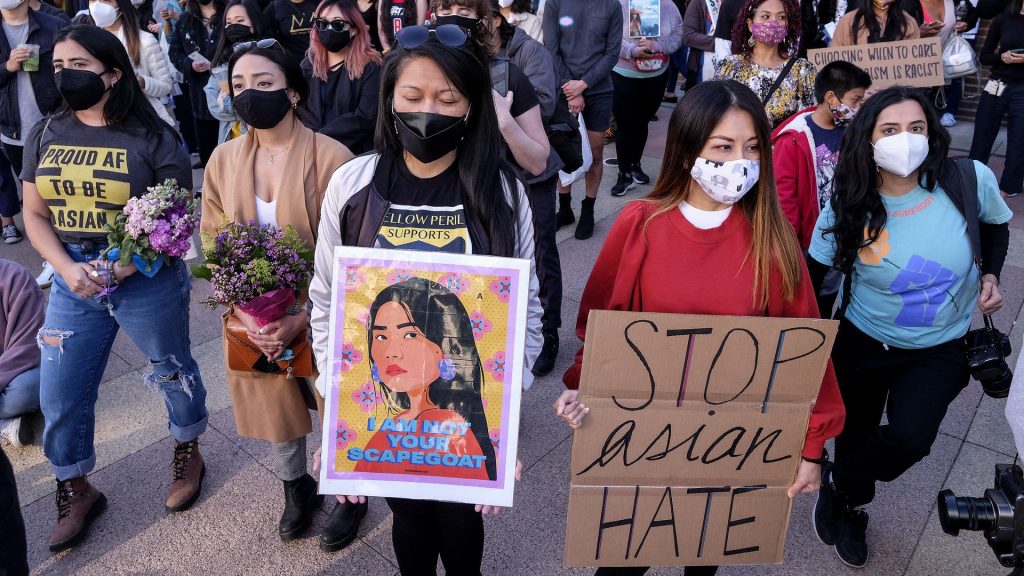 Even as our nation tries to ease the pain of the health and economic disasters of the Covid-19 pandemic, we are forced once again to face our pandemic of gun violence and hatred. In the span of one week, we find ourselves in deep mourning for the loss of life in two mass shootings.

We offer our deep condolences to the families and loved ones killed in the shooting spree in the Atlanta area on Tuesday, March 16, where 8 people died, 6 of them Asian. The attack by a lone gunman highlighted the escalation of violence against Asians since the start of the pandemic.

March 22 brought news of another mass shooting and another lone gunman arrested, this time in the murders of 10 people at a grocery store in Boulder, Colorado. Our hearts go out to the families of the victims and the residents of Boulder as they face the grief and shock of senseless violence. A Boulder assault weapons ban was blocked in court 10 days before the shooting.

After each mass shooting in the U.S. – whether aimed at worshippers at the Mother Emanuel AME church in Charleston or a synagogue in Pittsburgh; the Pulse nightclub in Orlando favored by LGBTQ patrons or children at schools from Sandy Hook Elementary in Newtown, CT, to Stoneman Douglas High School in Parkland, Florida – we mourn together and call on lawmakers to enact gun control measures.

And as we mourn lives lost after each escalation of violence in inner cities across the nation and here at home in metro Atlanta, we examine the reasons and try to find solutions to tackle the deprivation, hopelessness, joblessness, injustices and anger at its root – and we call for measures to reduce the number of assault weapons so readily available on our city streets.

And we are left time and again to mourn senseless acts of gun violence as mothers, fathers, husbands, wives, little children, and teens are ripped from those who love them; and communities are destroyed in a country that has the worse rate of gun violence than all other developed nations.

Too much of this violence is also driven by hate. In November 2020, the FBI reported that hate crimes had been increasing in the US almost every year since 2014, as open bigotry and racist rhetoric were on the rise.

The report defined a hate crime as offenses “motivated by bias toward race, ethnicity, ancestry, religion, sexual orientation, disability, gender, and gender identity.” It showed a 14% increase in crimes targeting Jews or Jewish institutions; and found that “anti-Latino hate crime rose 8.7% from 485 in 2018 to 527 in 2019 to the highest total since 2010,” a statistic including the killing of 22 people at the El Paso Walmart in 2019.

There are no easy answers, but that does not mean we should give up. Instead, we must try harder to end the manifestations of bigotry and hatred that inspire racially motivated crimes, and to address the hopelessness and anger that fuels much of the increase in inner-city gun violence.

And we must add our voices to the calls for sensible gun safety laws, including a ban on assault weapons.

We are all one race – the human race. Black and white, Asian, and Latino, indigenous and immigrant. Young and old. With various national, religious, abilities, and gender identities. At heart, we are far more alike than different.

Today, we mourn the loss of life. But it can’t stop there. We must get back to work to reduce the number of guns in the hands of people who would use them to kill each other. Stop bigotry and its manifestations. And open doors of opportunity to uplift those living in underserved communities. Let us continue to work together to build toward a day when we all respect each other’s constitutional right to life, liberty, and the pursuit of happiness each and every day.

Nancy Flake Johnson is president and CEO of the Urban League of Greater Atlanta, an organization operating in the region since 1920 with the mission of promoting equity, civil rights, and economic justice for everyone, regardless of race, creed, color, or circumstances of birth.