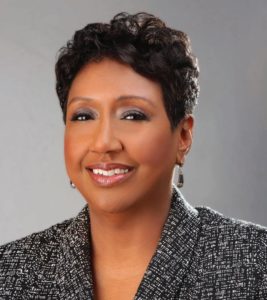 With a passion and reputation for leadership in community and economic development, Nancy Flake Johnson returned to Atlanta in 2008 to become president/CEO of the Urban League of Greater Atlanta. Well-known across the country for her commitment and innovative approaches to education and advancing the black community through economic empowerment and urban development, Nancy quickly built partnerships in the public and private sectors throughout the metropolitan region to drive the Urban League’s impact on youth, adults and families through its initiatives and programs.

Nancy has developed and steered her committed and qualified team at the Urban League to create successful programs that meet people where they are and guide them toward financial and economic empowerment. Program platforms benefit job seekers across the spectrum –unemployed and underemployed youth and young adults, professionals, former inmates re-entering society after incarceration, first-time homebuyers, and entrepreneurs, homeless or underemployed adults. In partnership with businesses and other nonprofit organizations, she has increased the League’s impact on housing, education, career focused training, business development and job opportunities in underrepresented communities.

She serves on several boards and committees including the City of Atlanta Workforce Development Board, Co-Chair of the National Urban League Jobs Task Force, Every Student Succeeds Act Coalition, the Metropolitan Atlanta Rapid Transit Authority (MARTA) Atlanta Transit Expansion Advisory Committee and the Georgia Education Equity Coalition. Her advocacy for civil, education and economic rights has earned her numerous awards and honors: the Atlanta Business League selected her as one of the Most Influential Women of Atlanta for four consecutive years; the Howard University School of Business Distinguished Alumni Award in 2015 and in 2013, she was honored as a “Woman of Excellence” by the Atlanta Daily World Newspaper.

Nancy earned her Bachelor of Business Administration degree with a concentration in Accounting from Howard University in Washington, D.C., and received a Master of Science in Taxation from DePaul University in Chicago. Before joining the leadership of the Urban League in Detroit in 2006, Nancy operated the Howard University Small Business Development Center in the University’s School of Business where she inaugurated innovative programs that elevated attention to diverse entrepreneurs and business leaders around the nation.