Judge Rules That Census Must Not be Rushed; Victory for Civil Rights Groups, Civic Organizations, and Local Governments 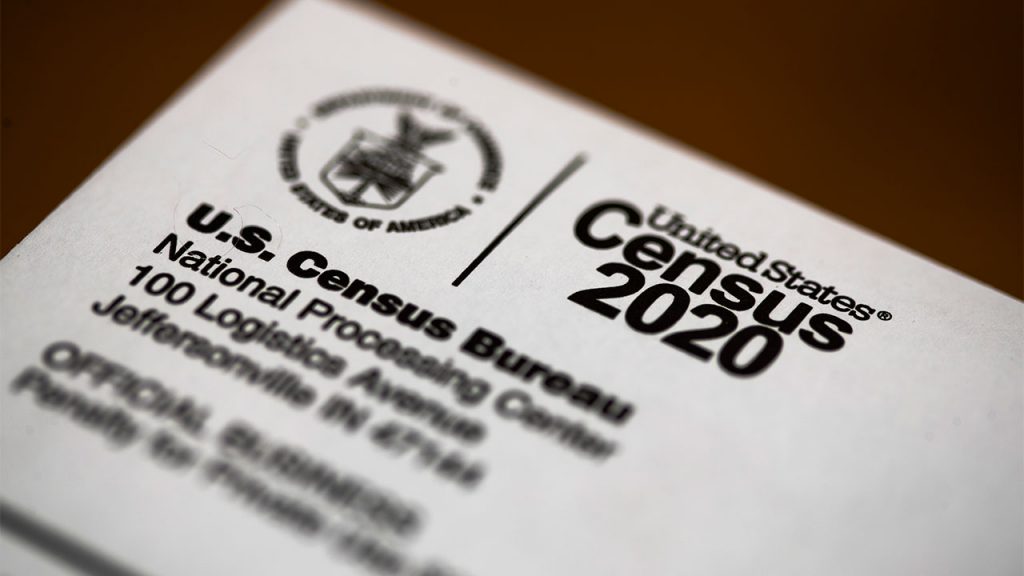 SAN JOSE, Calif. — The U.S. District Court for the Northern District of California last night issued an order blocking the Trump administration’s attempts to rush the 2020 Census to a close while a legal challenge to that plan plays out in the courts. The court’s order preliminarily enjoins the Census Bureau and Secretary of Commerce from using a September 30, 2020 deadline for the completion of data collection and a December 31, 2020 deadline for processing and then reporting the census count to the President. Under the Court’s Order, the census count will continue through October 31, as the Census Bureau had earlier planned, and its data processing will continue under a timeline that allows for a full, fair and accurate overall tabulation and reporting of the total population to the President..

District Judge Lucy H. Koh issued her ruling after a hearing Tuesday afternoon in National Urban League et al. v. Wilbur L. Ross Jr. et al., the lawsuit filed by civil rights groups, civil organizations, and tribal and local governments on August 18 to block the administration’s attempt to rush census operations to a close by September 30 and send population numbers for apportionment to the President by December 31. The plaintiffs sought to stop the Trump administration’s plan to force the Census Bureau to shorten the 2020 count against the judgment of the bureau’s own expert staff and in the middle of a pandemic.

The court had already issued a temporary restraining order to prevent the administration from shutting down its census operations while the court prepared the ruling it issued today.

The plaintiffs in the lawsuit are membership and advocacy organizations, counties, cities, federally-recognized Indian tribes, and individuals whose communities will be underrepresented in the final census count if the administration succeeds in ending the 2020 Census data collection and processing prematurely. The plaintiffs are the National Urban League, the National Association for the Advancement of Colored People, Black Alliance for Just Immigration, the League of Women Voters, the Navajo Nation, Gila River Indian Community, Harris County in Texas, Commissioners Rodney Ellis and Adrian Garcia of the Harris County Commissioners Court, King County in Washington, the city and county of Los Angeles, the cities of San Jose and Salinas (California) and the City of Chicago, Illinois.

The plaintiffs are represented by the Brennan Center for Justice at NYU Law, the Lawyers’ Committee for Civil Rights Under Law, Latham & Watkins, LLP, Public Counsel, Navajo Nation Department of Justice, the Office of the Los Angeles City Attorney, the Office of the Salinas City Attorney, Edelson P.C., the Corporation Counsel for the City of Chicago, Akin Gump Strauss Hauer & Feld LLP, and Holland & Knight LLP.

The Covid-19 pandemic posed new challenges to the decennial census, including massive displacements of people, just as the count was getting underway. It upended all census field operations and undermined outreach to populations that the bureau has long struggled to count, including racial and ethnic minorities, non-English speakers, and undocumented persons.

Bureau officials requested an extension of census data collection, processing, and reporting deadlines to accommodate a Covid-19 plan that President Trump publicly supported, and spent multiple months acting on that plan. But on August 3, Commerce Secretary Wilbur L. Ross and Census Bureau Director Steven Dillingham abruptly announced that the data-collection would stop on September 30, a full month short of the time census officials had previously said was necessary to complete the count.

The lawsuit argues that the Trump administration’s new, accelerated census timeline cuts a crucial four weeks from the actual count and four months from the time for processing and reporting the data used to apportion the U.S. House of Representatives. The abrupt change disregards the bureau’s own plans for dealing with the hardships imposed by the Covid-19 pandemic. It will also undermine the quality and accuracy of the census as well as produce a massive undercount of communities of color.

The lawsuit argues that the administration’s attempts to rush the census to a close pose a grave threat to the vital functions that rely on census data, from reapportioning the House of Representatives and redrawing state and local electoral districts to equitably distributing over $1.5 trillion annually in federal funds that support basic needs like education, food, and health care.

The lawsuit seeks to have the court declare the decision to scuttle the census Covid-19 plan unlawful because it violates the Administrative Procedure Act as well as the Enumeration Clause and the Fourteenth Amendment of the Constitution.

The suit asks the court to keep the 2020 Census on the schedule proposed by census officials in April in response to Covid-19. Under that plan, the bureau would complete the census, including door-knocking, by October 31, 2020, and deliver apportionment numbers to the president by April 30, 2021. Redistricting data would be reported to the states by July 31, 2021.

The following comments are from:

“The court’s decision affirms our contention that changes to the census schedule will irreparably harm the integrity of the 2020 Census and result in a devastating undercount of vulnerable communities. Career officials at the Census Bureau opposed the shortened schedule precisely for these reasons, and to avoid the perception of political manipulation, and we are confident that integrity and equity will win out over the partisan vandalism that threatens our democracy.”

“We have a strong and diverse coalition of plaintiffs who are demanding that the U.S. Census Bureau uphold their original plan to allow the census count to continue through the month of October. The coronavirus pandemic has set all of us back and created many challenges to get people counted, especially for rural areas such as the Navajo Nation. Today’s ruling should be respected to allow the census count to continue without disruption.”

Derrick Johnson, President and CEO, National Association for the Advancement of Colored People

“In the face of a global pandemic, the last thing we should consider is cutting short the decennial census that has long-lasting repercussions on the well-being, health, and livelihood of so many Americans. The decision to continue the census will ensure proper attention is given to overlooked and unreported areas that need to be counted the most.”

“We are pleased with the court’s ruling, affirming what we already know – every person counts and must be counted in this 2020 census. For the Black community, this decision means we have extra time to claim the governmental resources and representation that we’ve been denied. We look forward to continuing the important work of making sure our community members are counted by the census deadline.”

“The decision by the Commerce Department to abruptly cut off counting would have dramatically compounded the historic issue of undercounting in Indian Country. I couldn’t be more pleased that the court has put things back on track for a fairer and more accurate count, both for our tribe and for all tribes across the country.”

“Today’s decision is a victory for democracy. Census officials outlined an extended counting period in order to achieve the full enumeration of all people living in the United States. The effort to rush the timeline set by our trusted census experts was a blatant attempt to force an undercount, deprive American communities of critical funding, and undermine the accuracy of our representative districts. The League now urges the American public to fill out the census and ask their friends and family to do the same. Our democracy depends on it.”

“Today’s decision helps ensure a fair and accurate Census count for Harris County, Texas. An undercount within Harris County’s multi-racial and multi-ethnic communities, which have not yet responded to the Census, will perpetuate the inequities already faced by these communities.”

“Today, against powerful forces of exclusion and elitism, the court has vindicated a fundamental American principle: everyone counts. We are proud to join forces with our partners to hold the Trump Administration accountable to our nation’s constitutional commitments.”

“Today’s injunction is a major victory in our fight for an accurate census count—which is crucial to fair political representation and the proper allocation of essential federal resources. The court saw through the Trump administration’s efforts to camouflage its political interference in what is supposed to be the neutral, nonpartisan process of counting every American. Now, with little time to lose and so much at stake, I urge everyone to take the few moments necessary to be included in the census.”

“Today’s ruling reaffirms that in America, everyone counts and everyone deserves to be counted. At every turn, the 2020 census has been politicized and many residents have felt alienated and targeted by these senseless actions. Today’s ruling allows the full window of enumeration to occur so that our communities are counted fairly and accurately.”

“The Trump administration once again showed its blatant political agenda in trying to halt census operations early. The ruling today is a significant win to make sure all are counted.”

“Democracy depends on giving a voice to even those people who are hard to count. Today is a victory for Salinas’s hard to count population and for everyone who believes in a free and fair representative democracy.”

“We are gratified by the Court’s well-reasoned and swift ruling on this important, time-sensitive case. As the Court recognized, the Census Bureau has itself repeatedly recognized that a full, fair, and accurate count takes time, especially when faced with a historic pandemic. Every day that the 2020 Census count continues, and Census operations appropriately continue, will help ensure the accuracy and completeness of this once-in-a-decade tally.”

“Today’s ruling is a significant victory in the ongoing fight to save the 2020 Census from a critical undercount of our country’s communities of color. The census must count everyone, regardless of their race, ethnicity, or citizenship status. To do that in the face of Covid-19, hurricanes, and wildfires, the Census Bureau needs all the time it asked and planned for in the spring. The court’s order will give that time back to the Bureau by blocking the Trump administration’s illegal decision to shut down the census early.”

“The court’s decision ensures that our underrepresented and most vulnerable communities will not be disadvantaged by an unfair and incomplete census count. With this directive, the Trump administration was attempting to fan the flames of racial division, further divide our country and exclude communities of color from the final enumeration. The court’s decision repudiates the 11th hour actions of the Trump administration and makes clear that our democracy turns on achieving a full and fair count of all people across our nation.”