What if not setting aside 10 minutes today could cost you $23,000 over the next 10 years? That’s what could happen

What if not setting aside 10 minutes today could cost you $23,000 over the next 10 years? That’s what could happen if we don’t complete the Census by September 30: Georgia could lose $2,300 per person in federal funding annually for the next decade. Not to mention, we’d lose our fair share of political power since the survey guides lines drawn for political districts and school zones.
Everyone in the US – from citizens and undocumented people to children and senior citizens – is required to submit basic info such as the number of people staying in a home in the Census questionnaire. Results direct funding distributed for hospitals, schools, programs like Head Start and SNAP, and more. Population data also affects the number of congressional seats and Electoral College votes each state receives, plus where businesses decide to build or expand.
Despite the importance of the Census, certain populations are undercounted every 10 years because they’re hard to reach or hard to interview. These ‘hard-to-count’ groups include people of color, low-income people, people who move a lot, children, and immigrants. In Fulton County alone, 35% of residents live in hard-to-count communities.
With billions of dollars on the line, it’s important that every Atlantan is counted. Join ULGA as we kick off our new Civic Engagement series with a panel where we’ll cover all you need to know about the Census. 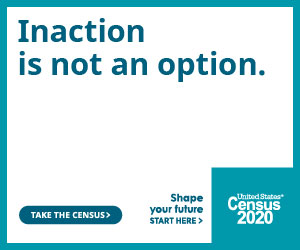